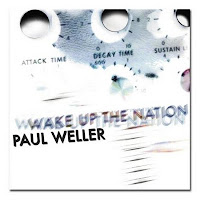 50) Paul Weller - Wake Up the Nation. The legendary former leader of two of the UK's biggest bands of the 70s and 80s (The Jam and The Style Council), Paul Weller, has changed things up a bit with his latest solo release. Wake Up the Nation is a loosely constructed concept record that displays Weller's views on the numerous changes that have taken place in England over the last few decades. It is not overtly political, it is more social and economic changes that he is singing about. This is not Weller's best solo work, but it is still quite good.
49) Local Natives - Gorilla Manor. It is far too simple to say that LA's Local Natives are like Vampire Weekend. They both share an affection for afropop, and both use it in their music. But Local Natives' songs are generally slower, and seem more musically complex than Vampire Weekend. To me, they are more like Grizzly Bear. Gorilla Manor is an impressive debut, and I look forward to hearing where this band takes its music.
48) Versus - On the Ones and Threes. This veteran NYC band has been on something of a hiatus for the last ten years. Clearly they were able to dust off those amps and get right back to the business of making smart, guitar-driven indie pop. If you don't know about Versus, start with their masterpiece, The Stars Are Insane, from 1994. Once you are addicted to it, give this new one a try. You will then be a Versus fan. I guarantee it.
47) Dum Dum Girls - I Will Be. This LA based outfit is able to artfully mix classic 60s girl group pop music with garage rock on its debut album. DDG are so clued in to that vintage feel that they actually got Richard Gottehrer (writer of "My Boyfriend's Back" and "I Want Candy" among others) to produce the disc. I Will Be is good summertime party music - any time of year.
46) Girl In a Coma - Adventures in Coverland. These Texas ladies have crafted another impressive collection, and it baffles me as to why this band doesn't get more recognition. On Adventures, the Girls do all cover songs, and their choices are pretty solid. The songs chosen range from the late Latina pop star Selena to Joy Division, and from The Beatles to The Velvet Underground. A great mix of tunes. Seek this one out. 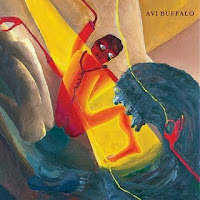 45) Avi Buffalo - Avi Buffalo. Avi Buffalo is the nickname for this young band's front man, Avigdor Zahner-Isenberg. You can see why he uses a nickname. These natives of Long Beach, California have delivered a soft and sophisticated take on young love on their debut album. The first single, "What's In It For?" was one of the biggest singles on the college charts for 2010. Fans of bands like The Shins might want to check these guys (and gals) out.
44) Devo - Something For Everybody. Devo's last album of original material was released in 1991, and since that time, the band members have all worked on different projects. Mark Mothersbaugh, for example, scores a number of television shows. But the lure of devolution was just strong enough to get the guys back together for a new album. Something For Everybody doesn't really provide what the title suggests, but for fans of classic Devo albums like New Traditionalists and Oh No! It's Devo, it will provide enough of what you like to make this a worthy purchase.
43) Robert Plant - Band of Joy. The latest record from the legendary Led Zeppelin singer continues Mr. Plant's exploration into different (i.e. non-Zep sounding) styles of pop music. Band of Joy is a collection of covers from a wide variety of artists ranging from Richard Thompson to Duluth, Minnesota indie band, Low.
42) The Corin Tucker Band - 1,000 Years. The numerous fans of Corin Tucker's previous band, Sleater-Kinney, have been waiting for a long time to hear what she would produce once out on her own. The wait is finally over with the release of 1,000 Years. While not as immediate and powerful as S-K, Corin still knows how to craft a good song with a strong social message in the lyrics. Sure, I will always long for a reunion of Sleater-Kinney, but based on this record, I can be held off for a time with Corin Tucker's solo output.
41) Matt & Kim - Sidewalks. The Brooklyn duo of Matt Johnson and Kim Schifino have been something of a buzz band ever since their first single premiered just a few years ago. But the upbeat, sing-songy pop didn't hit me until I heard the third album, Sidewalks. Comparisons to Mates of State are hard to avoid considering the make-up of the band, but in all honesty, I like Matt & Kim better. Like many bands that begin as a duo (i.e. Black Keys), I imagine at some point, they will have to expand their line-up to take the music in different directions. Hopefully, they will be able to maintain their fun and loose feel when they do.
at December 21, 2010
Email ThisBlogThis!Share to TwitterShare to FacebookShare to Pinterest