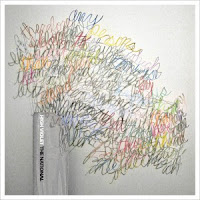 40) The National - High Violet. For their fifth album, The National is not exactly breaking any new ground. The songs are generally slow and somber, the vocals are emotional and deliberate, and the playing is tasteful and intricate. In other words, High Violet is just like every other album by The National. Still, if you like every other album by The National, there is no reason why you wouldn't like this one. It seems the record did not get as much attention as the average National record would, so the label re-released it last month in an expanded form. Check out that version if you don't already own the CD.

39) Azure Ray - Drawing Down the Moon. The lovely ladies of Azure Ray have returned for their first new album in seven years with Drawing Down the Moon. The record begins right where the last one left off, and all of the same people are involved in the making of this one as the last one (i.e. Eric Bachmann as producer). Azure Ray's mellow tales of loves lost require you to be in just the "right mood" to fully enjoy them, but when you are in that mood, few artists deliver the goods as strongly as Azure Ray. Glad to have 'em back.
38) Murder By Death - Good Morning, Magpie. Not too many artists come from Bloomington, Indiana (except for John Mellencamp, of course) so it's hard to know what to expect when you hear where Murder By Death is from. Adding to the potential confusion is the very heavy metal sounding name of the band. But this band is not metal - not even close (it's probably more Mellencamp than metal, actually). MBD's sound is rooted in Americana, without sounding retro. There are guitars, bass, and drums, but there is also cello, which gives the band a gothic element. It's hard to do this band justice in words.
37) We Are Scientists - Barbara. The second album by this NYC trio, With Love and Squalor, made it into my Top 10 when it was released in 2005. The album was full of catchy, punchy, vibrant, poppy punk rock with decent lyrics, and it made a huge impression on me. The band's next one, Brain Thrust Mastery, didn't have nearly the same impact (though I have grown to like it more over the years). WAS returned in 2010 with Barbara, which is sort of a combination of the last two records. The production is a little flat on this one, but the tunes are still there.
36) The Mynabirds - What We Lose in the Fire We Gain in the Flood. The debut album by this Omaha via DC group, featuring former Georgie James singer Laura Burhenn, completely ignores the average indie pop of her former group and instead focuses on country and soul. In fact, Burhenn once said the goal of the band was to sound like Neil Young doing Motown (the name of this band is a tribute to an unheard band from the 60s featuring Young and Rick James). That's kinda what it's like, I guess. 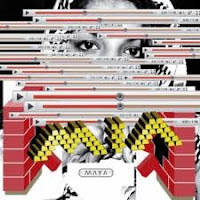 35) M.I.A. - Maya. M.I.A.'s third album is a confusing mish-mash of styles, sounds, and themes that lacks the cohesiveness of her first two albums. Still, despite the critical and fan backlash, she has created a strong piece of art. In some instances you will have to dig a little deeper for the catchy melody ("Born Free"), and in others ("XXXO") you may be struggling to find the socially significant lyrics. You might not find either on some tracks. But M.I.A. has never been one to rest on her laurels, and this new album does take the controversial star in new directions. I am confident that in the future, music critics and fans will re-evaluate this record and give it proper praise.
34) No Age - Everything In Between. For their third album, the LA duo No Age has largely shed its older, noisy, fuzzed-out sound in favor of a more atmospheric and "spacey" feel. There is still some shredding, to be sure, but the boys of No Age have shown here that they are no one-trick ponies. NME has dubbed the band "the new Pavement." That is quite a comparison.
33) The Gay Blades - Savages. The two guys who make up The Gay Blades call their music "trash pop," and for good reason. Without sounding even slightly retro, the band is able to conjure up all the sleaze and trash of classic 70's Stones and New York Dolls, while infusing the music with a dance-ability that neither of those bands were able to get. I think it's safe to say that these guys have a few T. Rex and Bowie records in their stacks. The Gay Blades have the swagger, the tunes, and the drive to become a major force in pop music. Let's hope it happens for them.
32) Kele - The Boxer. Most people probably know Kele Okereke as the lead singer and songwriter of UK band Bloc Party. He's still with that band, but with his debut solo album, The Boxer, Kele is able to explore more dance sounds and rhythms than he can with his band mates. But anyone who has heard the more recent Bloc Party records knows that their sound has veered more into dance and electronic sounds. I wonder if this was a testing of the waters for a potential departure from the band. Let's hope not.
31) Sleigh Bells - Treats. This is a strange one, my friends. Sleigh Bells is yet another duo from New York, but unlike their NYC brethren, this band likes to make a lot of noise! The band mixes elements of noise and hardcore with electronic beats and delivers a thoroughly original (though sometimes difficult to listen to) album. Mastermind Derek Miller has a history in hardcore, and former members of this band have wound up in another 2010 buzz band, Surfer Blood. Treats is not fun, catchy, dance music by any means. It is abrasive, challenging, and difficult. Yet once you start listening to it, it becomes harder and harder not to like.
at December 22, 2010
Email ThisBlogThis!Share to TwitterShare to FacebookShare to Pinterest