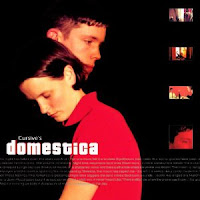 (from thedarkstuff.com) Folks in Omaha rarely get to see anything that the rest of the country does not. At least from a music or entertainment perspective. But tonight, a few hundred people in Omaha will get to see Cursive perform its seminal album, Domestica, in its entirety. This is only the second time the band has done this, and supposedly the last.

It's a little bit past the ten year mark since its release, and Domestica holds up very well. The concept album detailing the demise of a relationship served as Cursive's comeback after a brief time broken up. It is also the first full album to feature Ted Stevens on lead guitar (a position he still holds today). 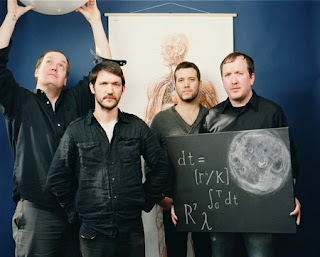 Domestica was the album that truly put Cursive on the national stage. The album gave the band many opportunities and opened a lot of doors. The hard work done in support of Domestica yielded huge dividends when the following record, The Ugly Organ, pushed Cursive to the top of the indie heap.


From what I am hearing, the band will perform select "hits" from its other albums in addition to the entire Domestica record. The show is already sold out, so if you don't have a ticket...you're SOL.
at January 18, 2011
Email ThisBlogThis!Share to TwitterShare to FacebookShare to Pinterest
Labels: Cursive