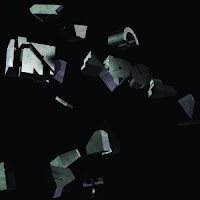 30) Interpol - Interpol. Though there are many out there who have written off anything by Interpol after the debut album, Turn On the Bright Lights, for the rest of us, Interpol has continued to churn out some of the best post-punk indie rock of the 21 century. After a brief, one album experience with Capitol Records, Interpol has returned to its indie roots and released the new record on Matador Records. I highly doubt that had anything to do with the songs, but it may have something to do with the somewhat flat sound of the record. Flatness aside, with Interpol, the band has crafted another strong collection that rewards its listeners the more they play it. Don't believe the hype, Interpol is still a great band.

29) The Sword - Warp Riders. The Sword is an excellent metal band from Austin, TX. Fortunately, this band ignores pretty much every current trend in the metal world, and delivers a collection of what used to be called "doom" or "stoner" metal. Black Sabbath and Deep Purple are obvious influences, but so are lesser known bands like Sleep and Melvins. If you like your riffs slow and sludgy, and want your metal singers to do more than growl like Cookie Monster, give The Sword a try.
28) Various Artists - The Twilight Saga: Eclipse (Motion Picture Soundtrack). I have a staunch anti-vampire viewing record when it comes to movies or TV, so I admit that I have not seen even a minute of any of the Twilight films. But the soundtracks to the movies are another story, all together. On the Eclipse soundtrack, there are new, original songs from The Black Keys, Vampire Weekend, Muse, Beck, The Dead Weather, Band of Horses, and others. It's a solid soundtrack.
27) Black Mountain - Wilderness Heart. These Canadian rockers are frequently tagged as "psychedelic" and "retro" and I guess that's sorta true. Certainly Black Mountain has more in common with Led Zeppelin than, say, The Shins. For those of us who grew up on classic rock before "going indie" in our college years, listening to Black Mountain is a great return home.
26) Ted Leo and The Pharmacists - The Brutalist Bricks. Mr. Leo and his Rx have been making music for more than a decade, but I am only a recent convert to it. The band's brand of catchy pop-punk has been around for a long time, but Leo's lyrical approach is what sets these guys apart. For example, the song "Bottled in Cork" tells the story of touring throughout Europe when the Iraq War started and feeling somewhat defensive about being an American. This is not your parent's pop-punk. 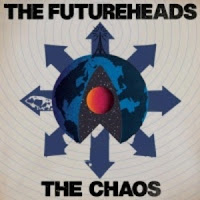 25) The Futureheads - The Chaos. For the UK band The Futureheads, it would appear that the fourth time is the charm. The band's fourth album, The Chaos, is easily its best,;and perfectly encapsulates their manic, catchy, post-punk sound. Long time fans of The Futureheads (whose name comes from the Flaming Lips' album Hit to Death in the Future Head) will agree that The Chaos is the band's best since the debut.

24) School of Seven Bells - Disconnect From Desire. When Benjamin Curtis quit his post as guitarist for Secret Machines, I was disappointed. I mean, the band was pretty near perfect, and a change was definitely not required. But that band has soldiered on without him. With his new band, he is taking a very different approach. With his two band mates, identical twins Alejandra and Claudia Deheza, Curtis creates a much more ethereal and dreamy sound. According to interviews I've read, the band writes the lyrics first, and then tries to find the appropriate sounds to match. Kind of reminds me of My Bloody Valentine mixed with Cocteau Twins.

23) The New Pornographers - Together. The indie pop supergroup (featuring Carl A.C. Newman and Neko Case, among others) returns with its fifth album, and as usual, it is a real treat for those giving multiple listens. By now, you know the basic formula for the NP's, and they don't really stray from it on Together. But if you like well written and produced pop songs with thoughtful lyrics, The New Pornographers deliver another gem.

22) Neil Young - Le Noise. On what must be his 40th album or so, Neil Young has, once again, created an original, fresh sounding record while still maintaining the elements of what has made him so successful since the 1960s. Le Noise is a collaboration with producer Daniel Lanois (Bob Dylan, U2), and the only instrumentation is Young's guitar and some sonic experiments from Lanois. It's hard to believe, but after nearly 50 years in the music business, Neil Young can still create new sounds and make records more compelling than nearly anyone else out there.

21) The Bird and the Bee - Interpreting the Masters Volume One: A Tribute to Darryl Hall and John Oates. For their third album, the electro-jazz duo known as The Bird and the Bee have decided to honor one of their musical influences, Hall and Oates. The album has made me come to terms with something about myself that I have not always been open to admitting...I like Hall and Oates. Most of the hits are represented ("I Can't Go For That" "Maneater" "Rich Girl"), and singer Imogen Heap's voice gives the tunes a fresh, updated feel. There is Volume One in the title, so that implies there will be others. Can't wait to see what comes next.
at December 27, 2010
Email ThisBlogThis!Share to TwitterShare to FacebookShare to Pinterest